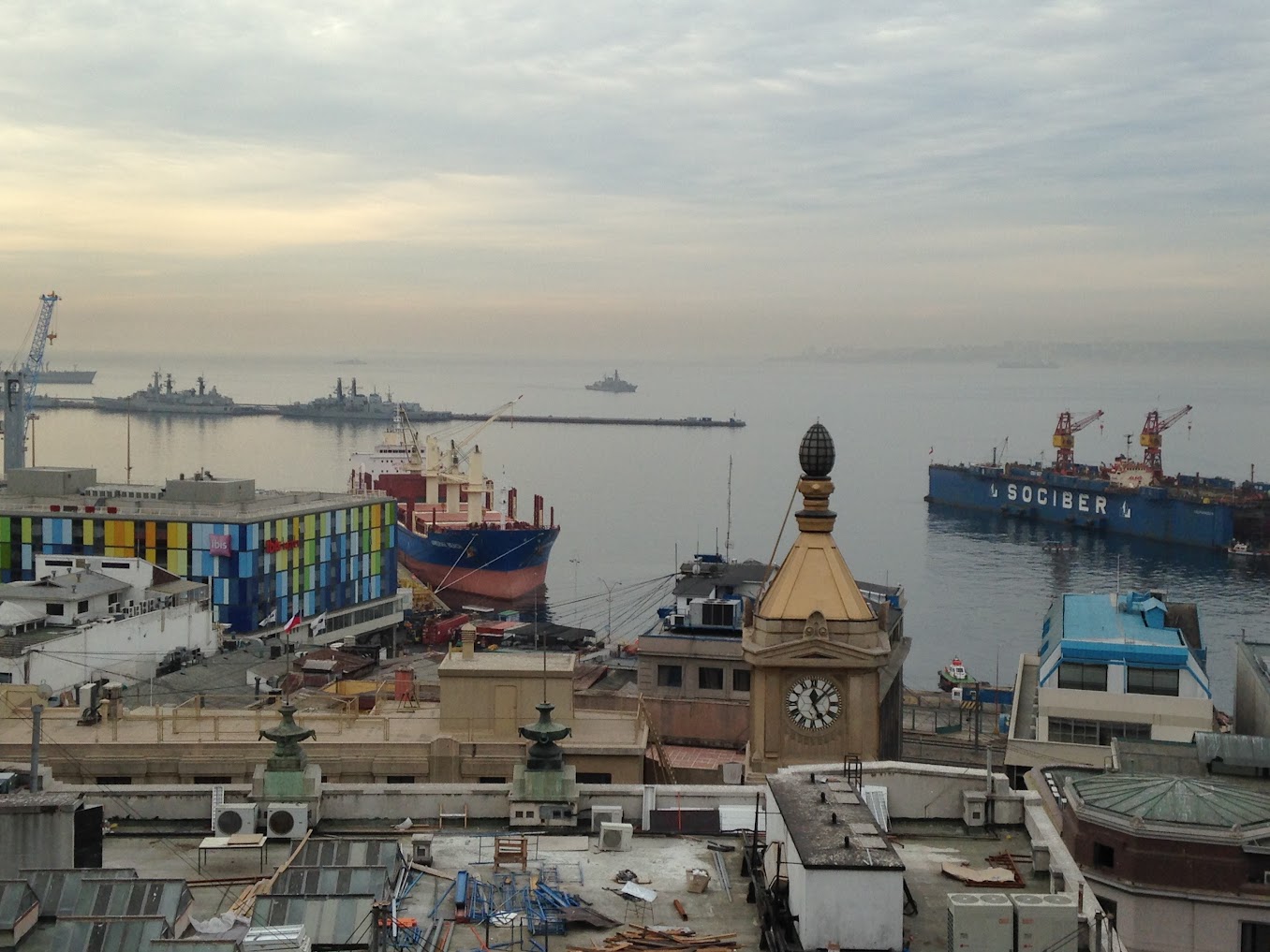 Valparaíso is a seaport.

Valparaíso proper is a city of only 300,000, but the metropolitan area is the second largest in Chile (Santiago). It is a tumbledown city, famous for its arty neighborhoods, labyrinthine cobblestone streets, and atmospheric views of the azure Pacific Ocean. A UNESCO World Heritage Site, the historic quarter has undergone redevelopment that boasts charming restaurants. 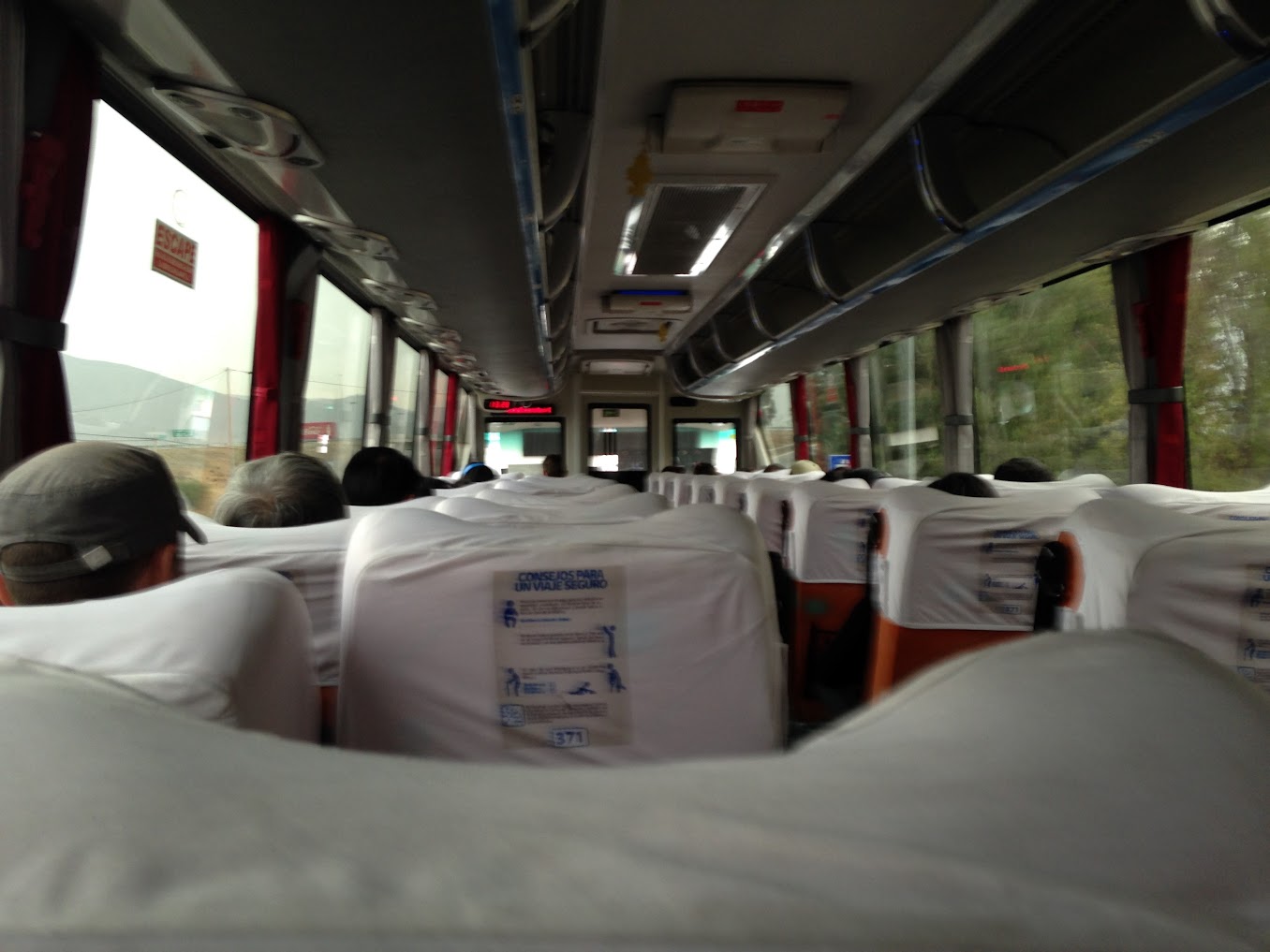 The bus between Santiago and Valparaíso costs US$5 and takes approximately 82 minutes.

Technically, the city area is vast. I walked only a tiny percentage of it, enough to see that Valparaíso has plenty of crumbling buildings, defacement, disintegration, damaged pavement, and shabby stones. At one point, I walked right through the middle of a construction site, with an earthmover in operation, something that would be impermissible in the first world. 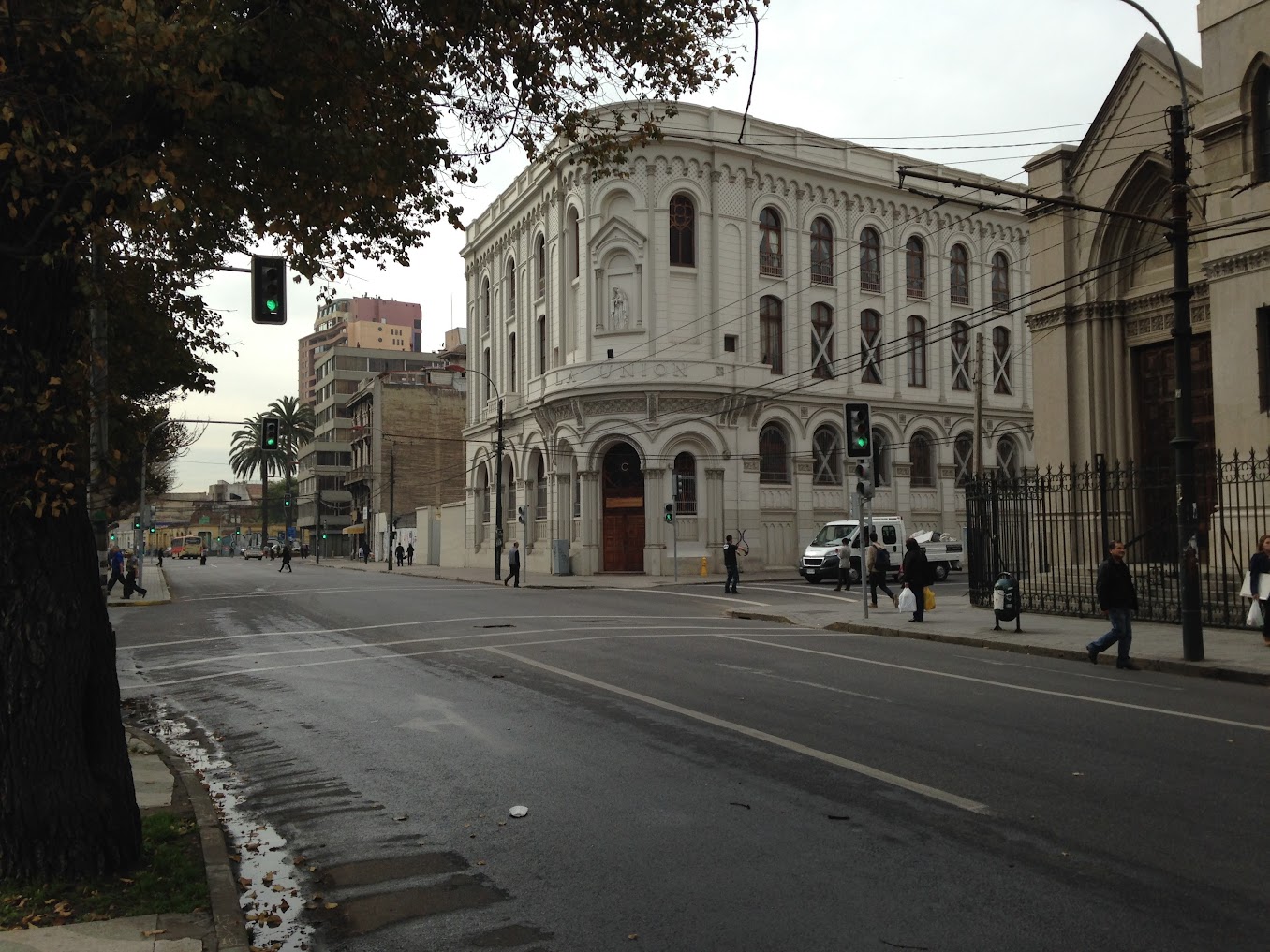 The sights at ocean-level are not nearly as enticing as the ones up top.

Like San Francisco, Valparaíso has dozens of hills and its own charming mode of transportation in the form of 16 ascensores or funiculars. The city sits on the Pacific Ocean, but the hostel I stayed at was at a fatiguing elevation of 211 meters, which I hiked! I venture to write that it is the most tiring walk to an established piece of lodging I have ever completed. I estimate the average grade of the 3.1-kilometer walk to be 5%, although it was definitely much steeper at points. 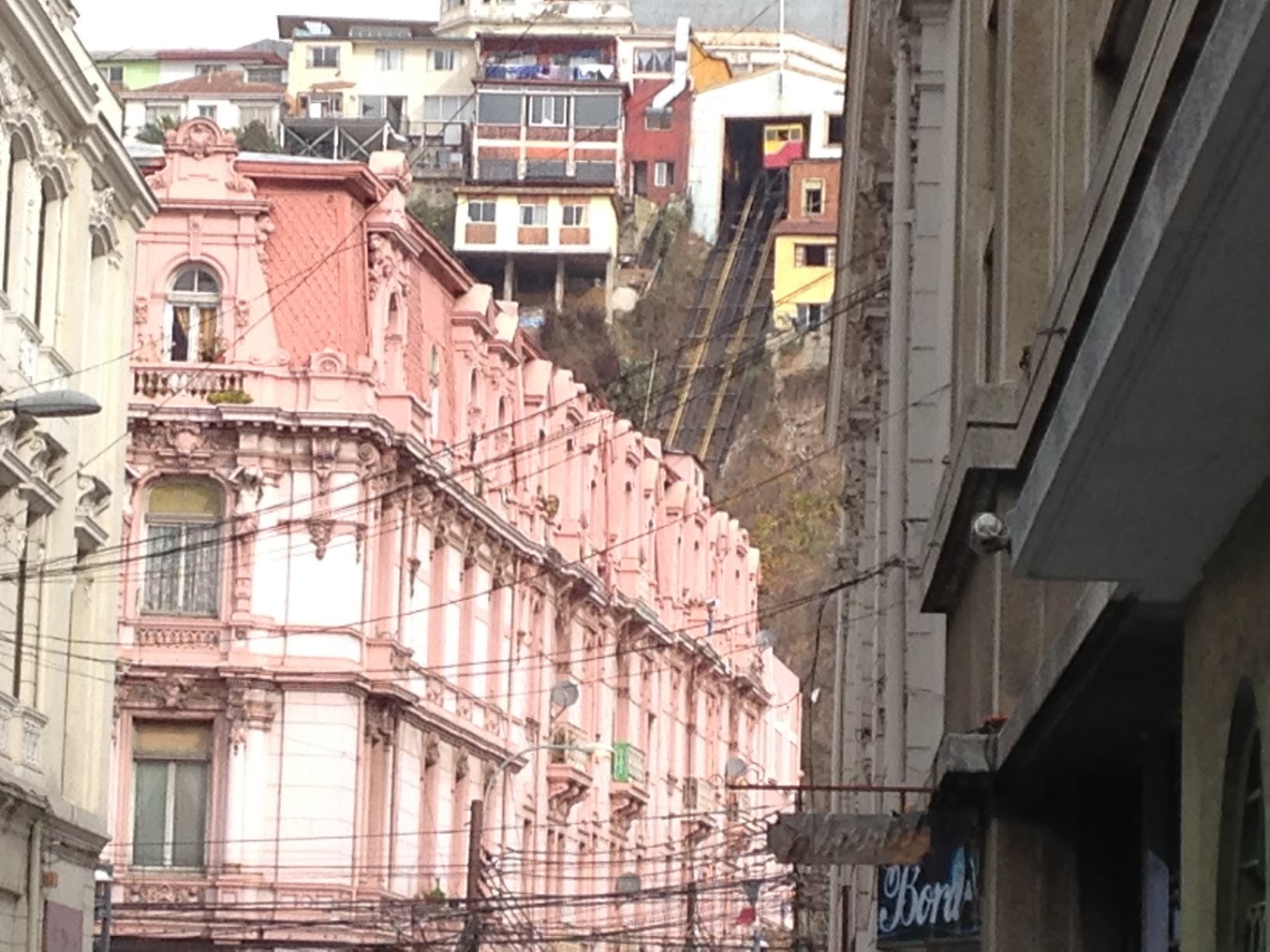 You can see one of the ascensores in the background.

Since my flight into the country was delayed by more than 12 hours, I spent only 20 hours in Valparaíso. If I had more time, I would also liked to have visited the nearby Viña del Mar. I enjoyed my time in Valparaíso, and I was even fine with the isolated and tiring location of my $12 hostel. The owner could not believe I walked there, as all sensible people take a bus. My room had four beds, and there was only one other Taiwanese guest who seemed nice enough. I am extremely tolerant when it comes to sleeping conditions. This person snored quite loudly. I can deal with that.

What was inexcusable was how she let her mobile alarm ring in the morning and failed to pay attention to it. I then told her to address the annoying buzz. In a subconscious state and only after several minutes, she muted it, only to let it ring again! This hellish cycle repeated for half an hour. What is the point of setting an alarm, if it both fails to stir you and you elect to ignore it, even when notified by a third party?! There should be an international mandate in all electronic devices that the snooze button can only function once. Along with sleeping on a bed of ants in Thailand, this is what I deserve for electing to get by paying only $12 for a night’s sleep. 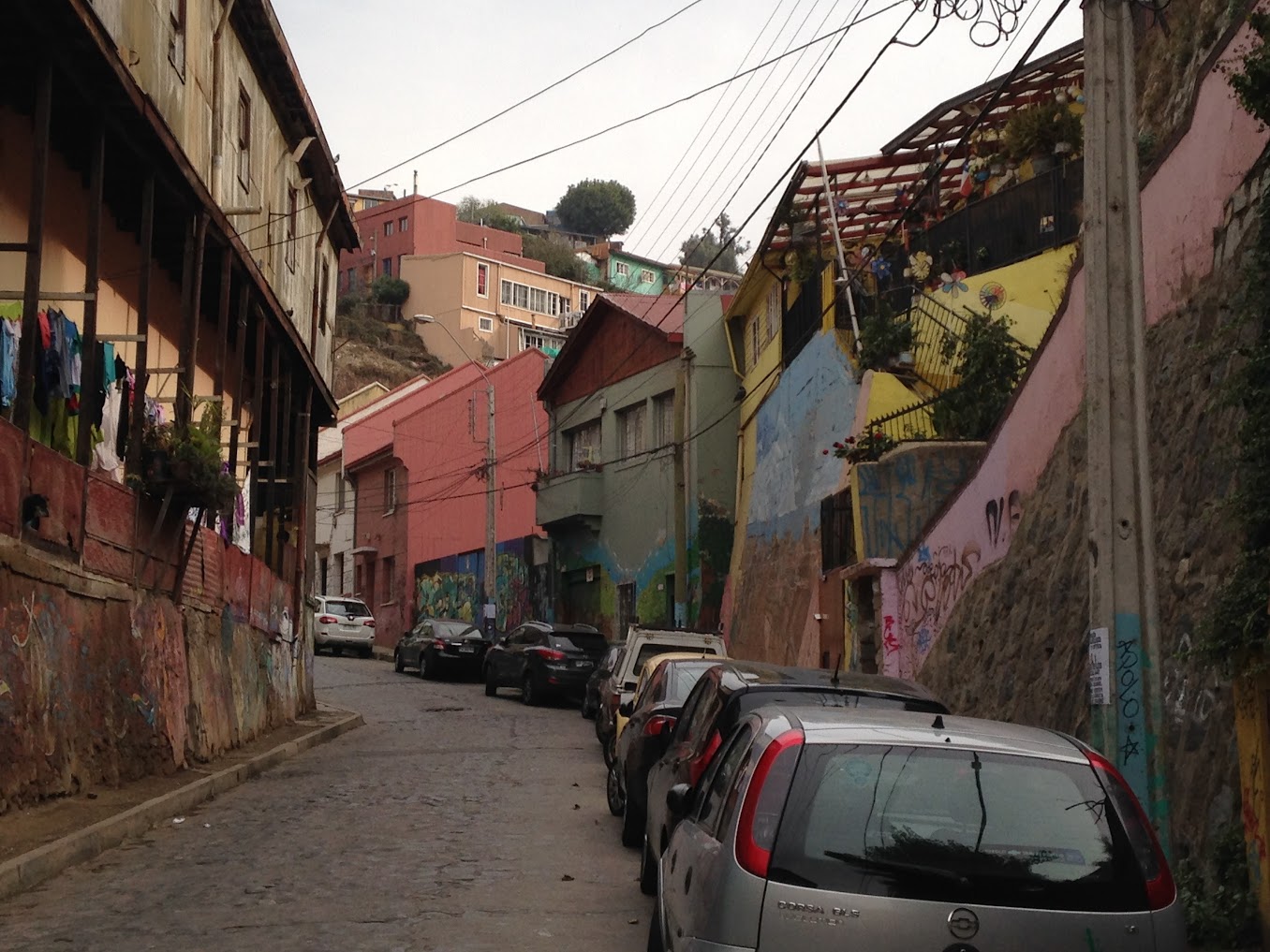 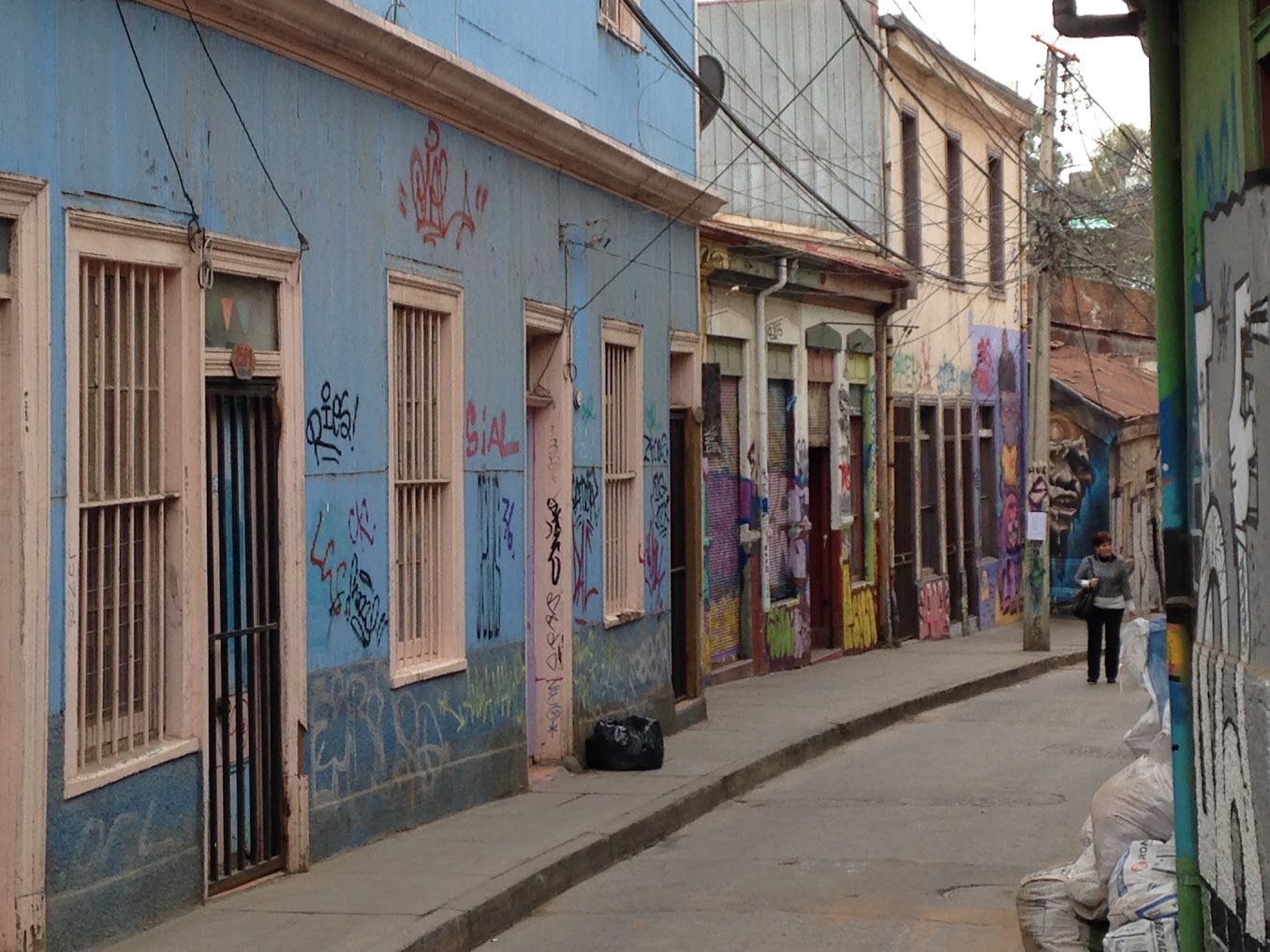 Valparaíso has street art everywhere. I wonder about the distinction of street art and artless defacement. How is the authorization done, if there even is any? 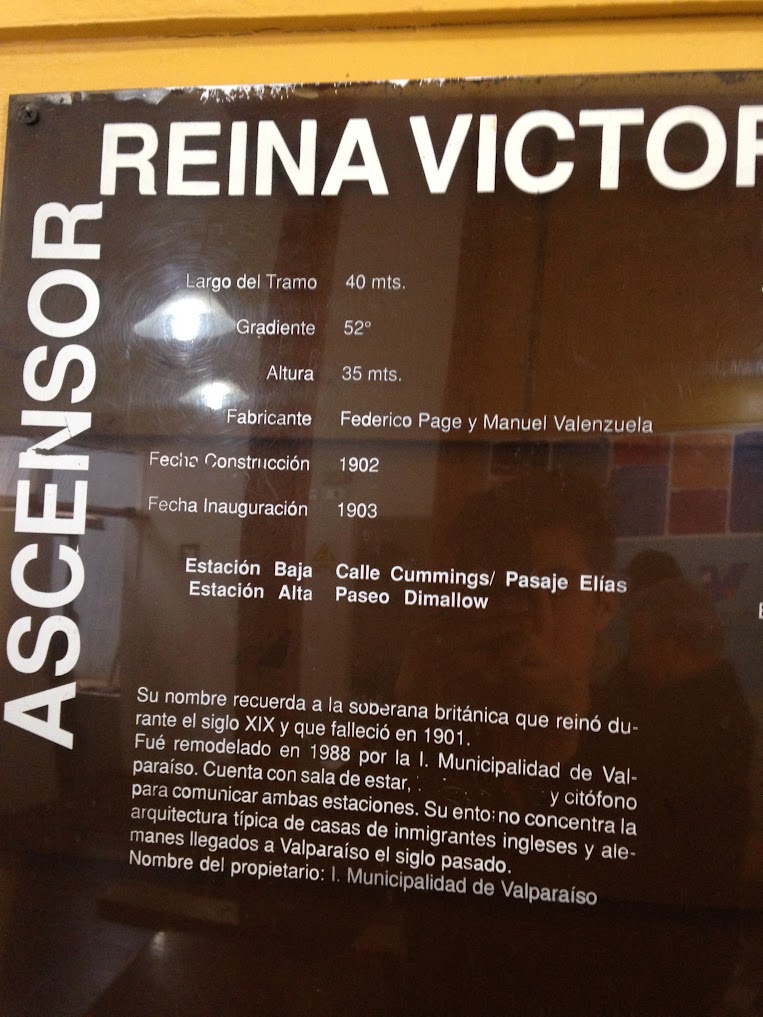 The lone ascensor I took for the equivalent of US$0.16. I was disappointed in how short the ride was. 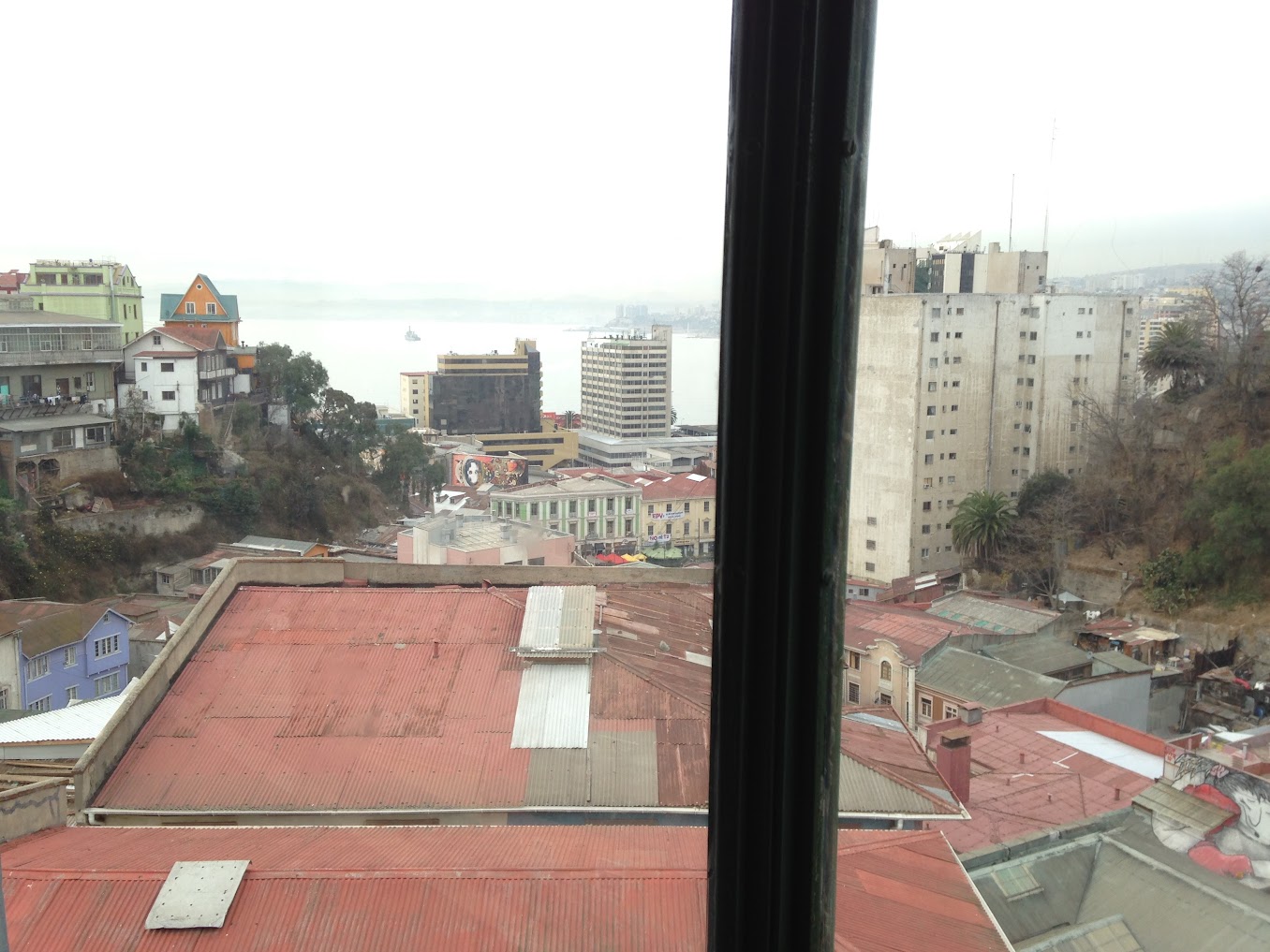 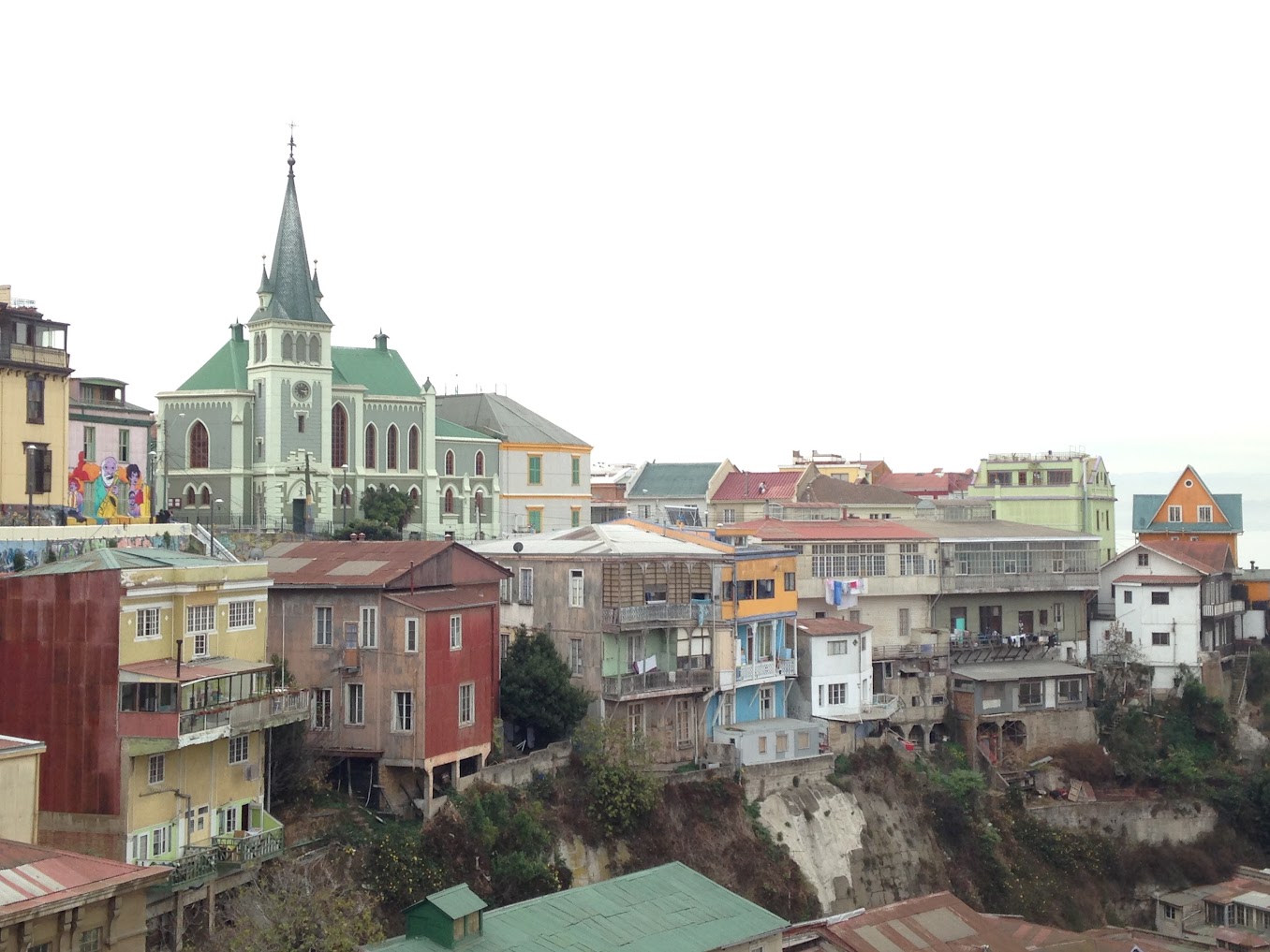 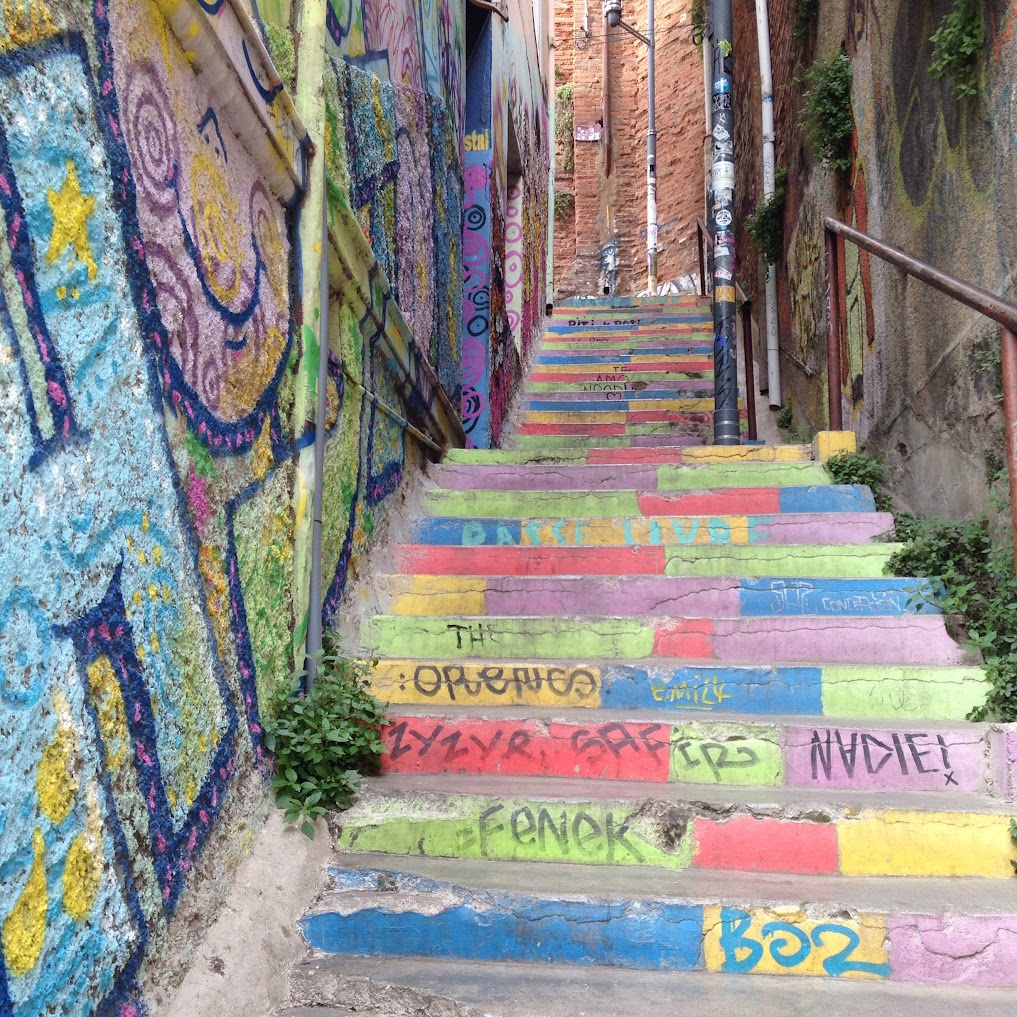 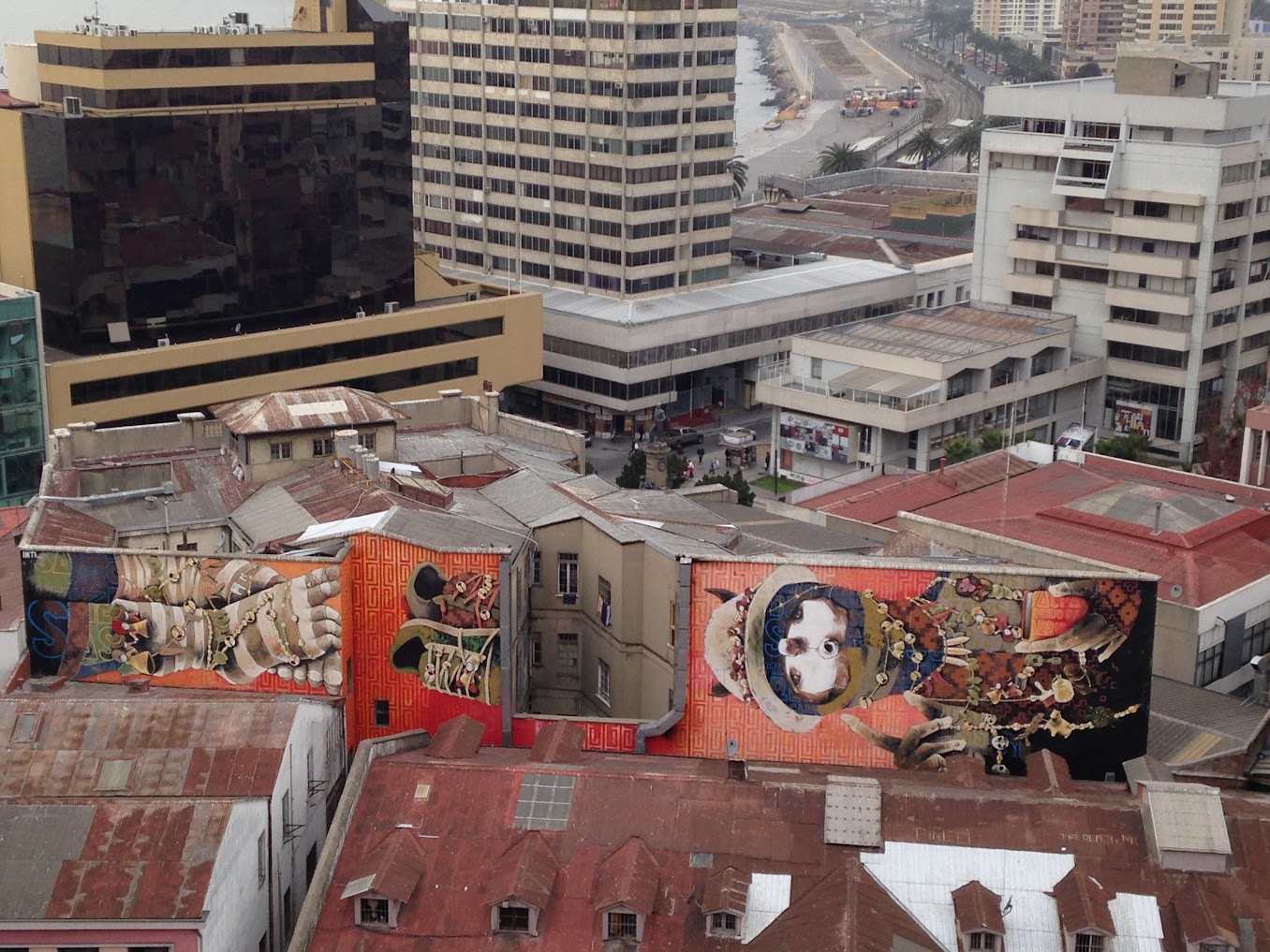 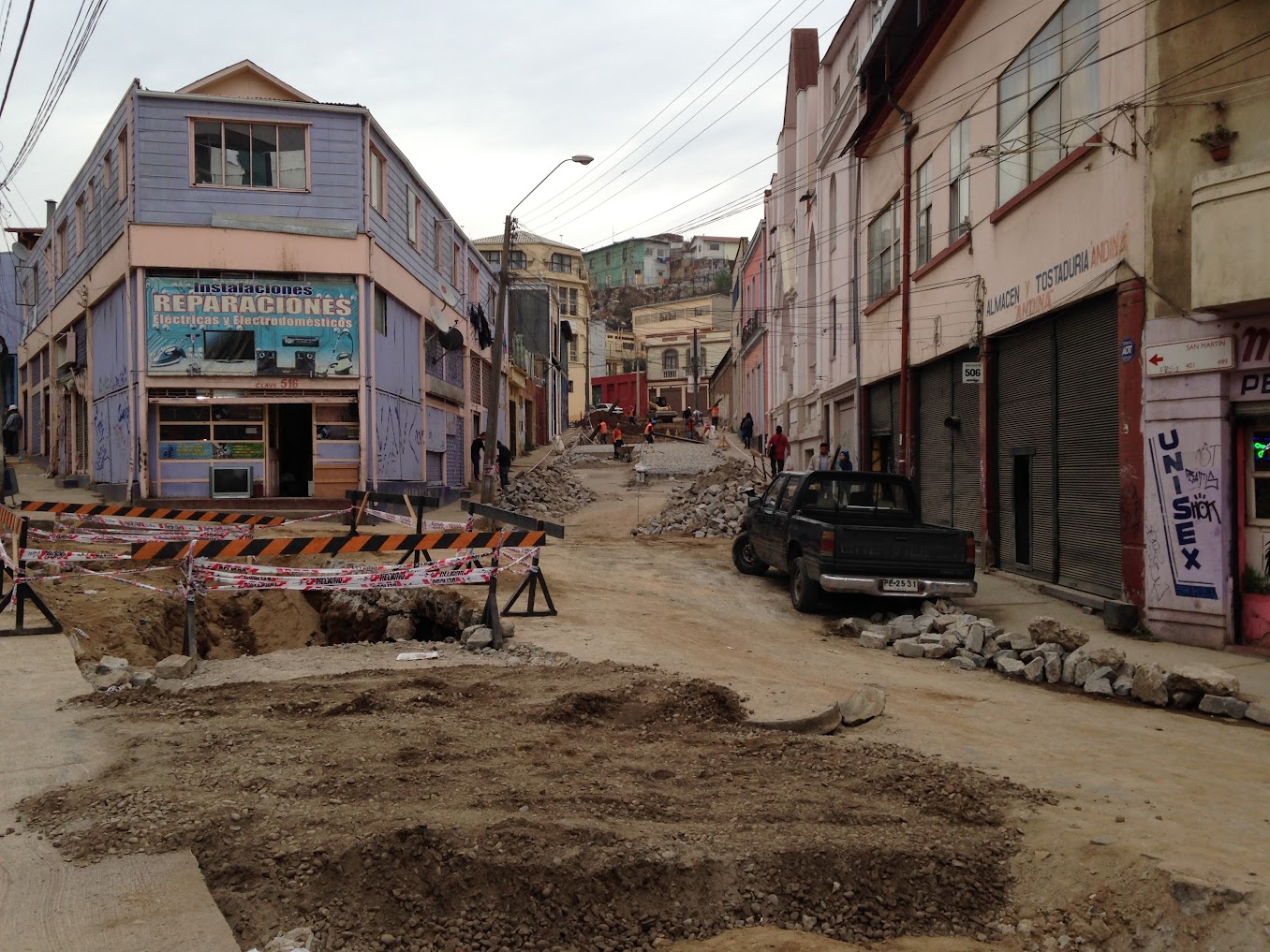 Construction site through which I walked 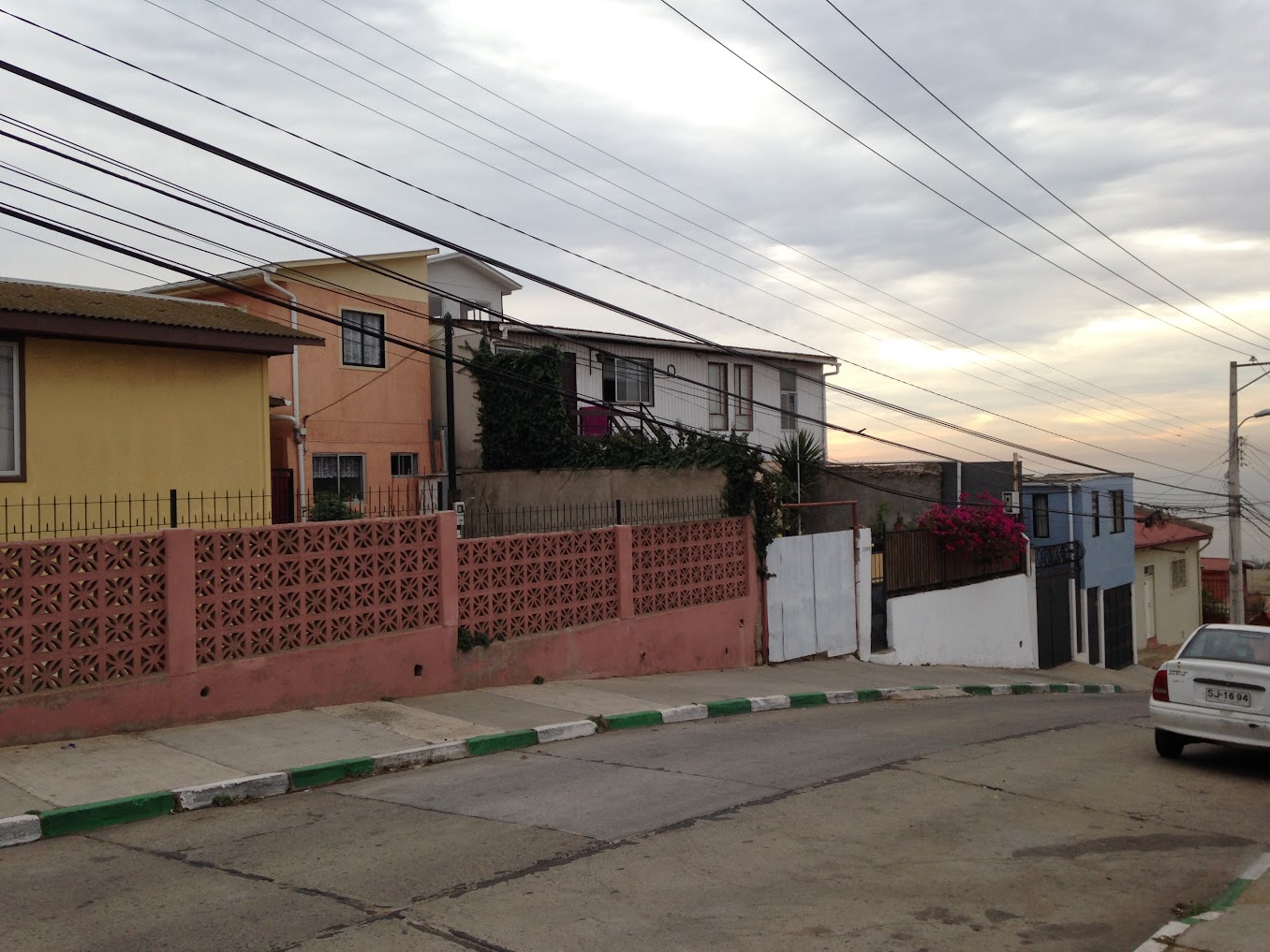 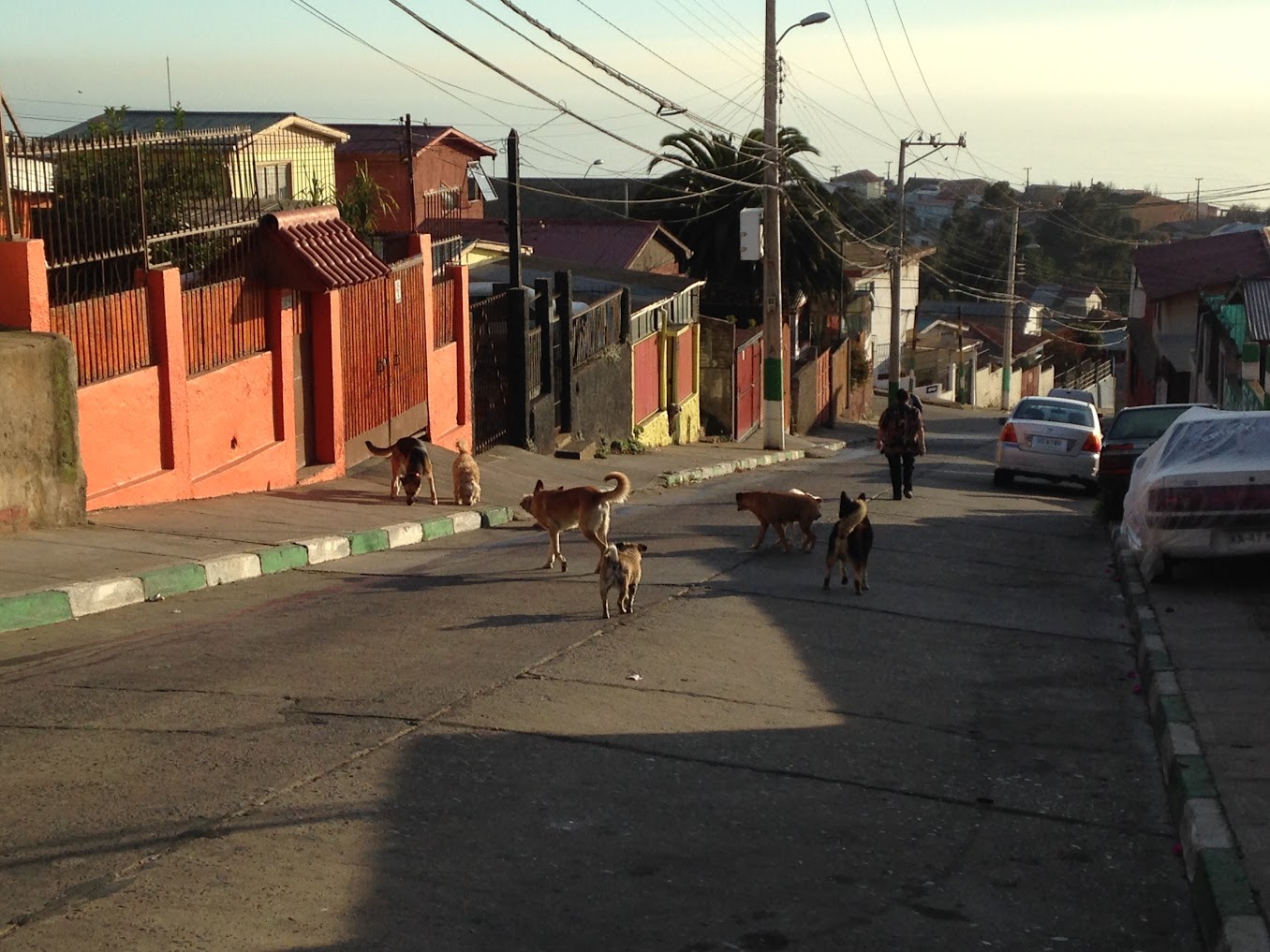 Tons of feral dogs in the streets